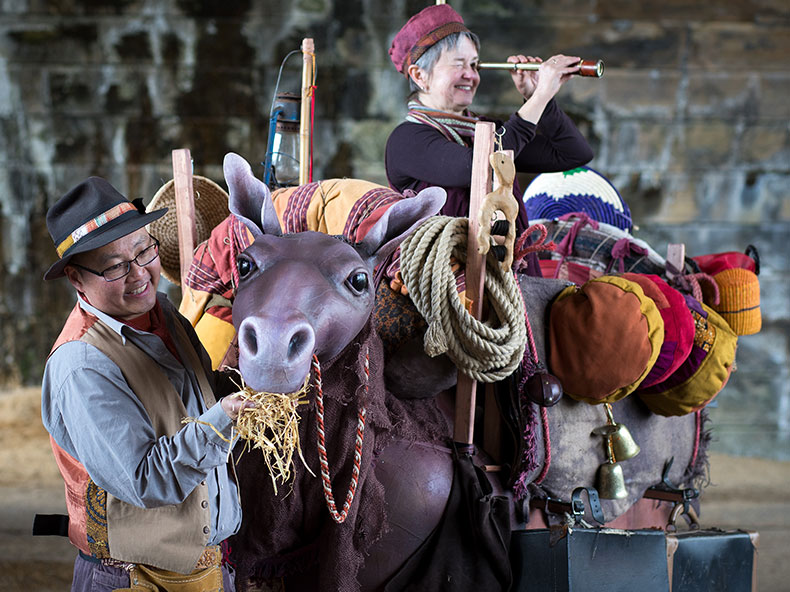 Much like Tunbridge Wells itself – the art of puppetry is one steeped in history. It is unknown as to when the concept was initially brought to Great Britain – although widely believed that puppet shows were introduced by the Romans; theatrical productions didn’t gain popularity until the 18th century.

This Sunday; the ancient art form is returning to The Pantiles, as Tunbridge Wells Puppetry Festival introduces a plethora of enchanting plays, set to be performed beneath the town’s historic Georgian columns!

Heaving a rolling mule puppet – packed with patchwork bags, containing mementos from their various travels; these two nomadic companions use wonder and theatricality to explore the timeless theme of migration.

The mule centrepiece – adorned with colour; serves as a frame narrative to the various other mini-puppet shows that feature throughout the 25-minute performance. Amalgamating music, performance and storytelling, ‘Kit and Caboodle’ is a truly unique experience – with two appearances scheduled for 10.30am and 2pm at The Pantiles; don’t miss out on these two intrepid travellers as they account their various adventures!

Although the origins of puppetry is somewhat mysterious – it can be agreed that string marionettes were invented by the Italians in the 16th century. This Sunday – the art form returns to the hands of its Mediterranean creators; as the delightful duo, Remo Di Filippo and Rhoda Lopez bring their multiple-award-winning act to The Pantiles!

‘Hanging by a Thread’ visits the UK for the first time at 11.10am and 2.40pm – using handcrafted puppets, the whimsicality of the show is sure to transfix children and adults alike! With a soundtrack that adheres perfectly to the skilfully manipulated figurines – featuring accomplished live vocals from Rhoda Lopez; don’t miss out on this captivating show! 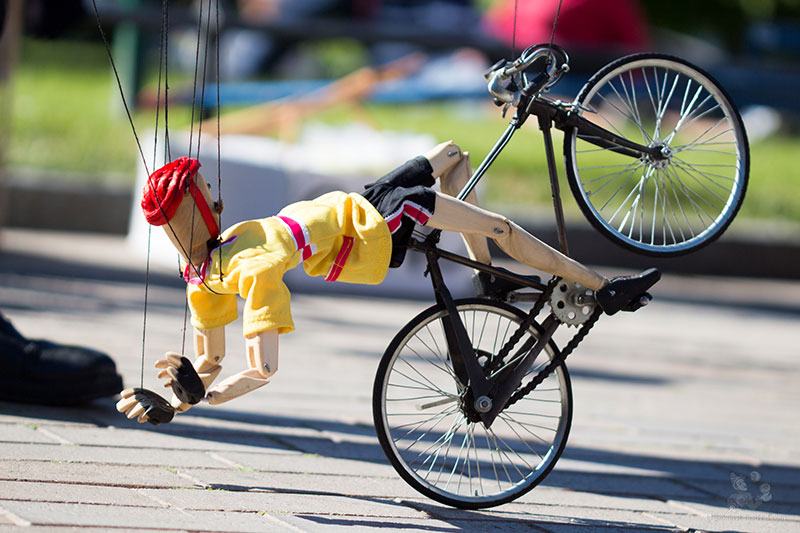 Introducing young children to the magic of theatre; the show follows the calamity caused by two birds who live in the eaves of Sweethearts Tea Room. Watch the mischievous couple battle whilst baking – fighting with flour and tinkering with tealeaves; all at the expense of the poor owners, Miss Maisie and Miss Daisie!

Performing at 11.55am and 4.05pm – this play is ideal for all of the family! Katie and Eleanor are also conducting a puppet-making workshop on Saturday at the Trinity Gallery – be sure to attend as the creative team reveal the magic behind their shows!

As our societal obsession with screens reaches its peak – sometimes we have to be reminded to Look Up; and what is more enticing than a colourful, extravaganza that fuses acrobatics with masterful puppetry? Somersaulting its way onto the streets of The Pantiles at 1pm and the later time of 3.15pm, Hikapee circus theatre present their inspired achievement in aerial entertainment! 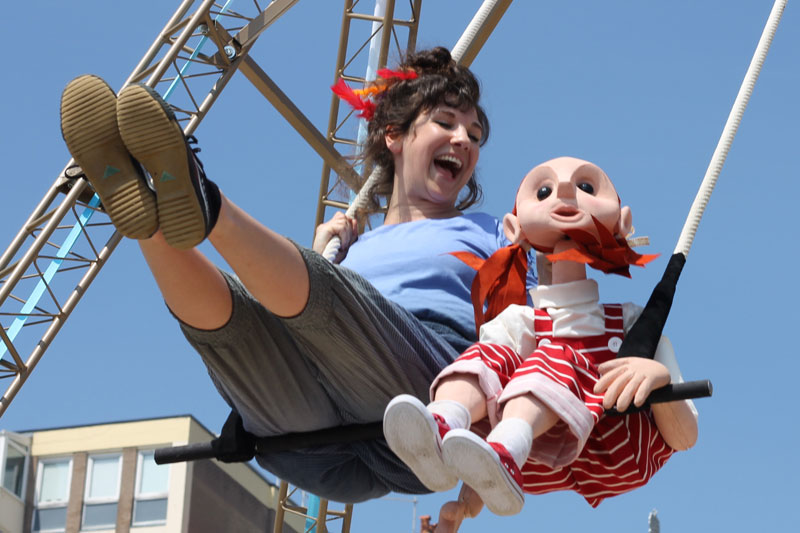 If you’re walking The Pantiles at 1pm or 3.15pm – keep your eyes peeled for two giant magpie puppets; stalking the streets – hunting for your darkest secrets! As they loom above – like abstract effigies; scrawl a hidden concern on a piece of parchment and expel it into the foreboding bird’s ramshackle nest. ‘One for sorrow, two for joy…’

Don’t miss out on all the other great puppet-themed activities held throughout Tunbridge Wells from the 11th until the 13th of October! With performances, street theatre, talks and workshops from local, national and international artists – there’s something for the whole family to enjoy!