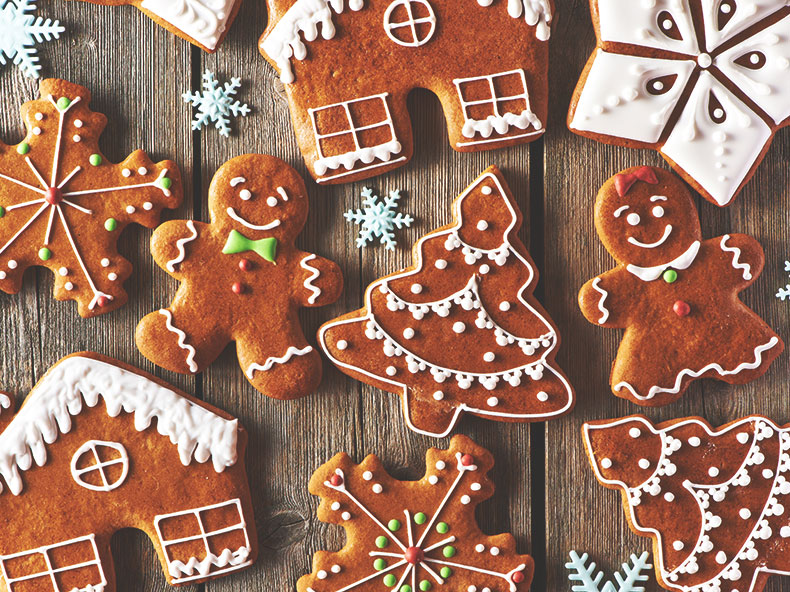 On Sunday 12th December it is Gingerbread Decorating Day. This annual occasion is marked by children and adults alike, unleashing hidden artists whilst enjoying a traditional sweet treat.

Gingerbread and its Origins

Gingerbread comprises a variety of baked goods typically flavoured with ginger, nutmeg, cloves and cinnamon, sweetened with either sugar, honey or treacle. It can take various forms, including ginger cake, ginger cookies and gingerbread houses.

It is believed that gingerbread was brought over to Europe in the 10th Century by an Armenian monk called Gregory of Nicopolis, after he discovered spices in the Middle East. In the 13th Century, gingerbread found its way to Sweden where it was baked by nuns to help sooth people’s indigestion.

In the 17th Century, gingerbread was sold in monasteries and pharmacies in England, owing to its medicinal properties. At the same time, baking gingerbread became a specific profession. It was viewed as a particular form of art. Moulds of gingerbread were used to create magical pieces of wonder for various celebratory occasions. There are even museums across the globe that house these magnificent moulds. Two of the most famous are in the Bread Museum in Ulm, Germany. 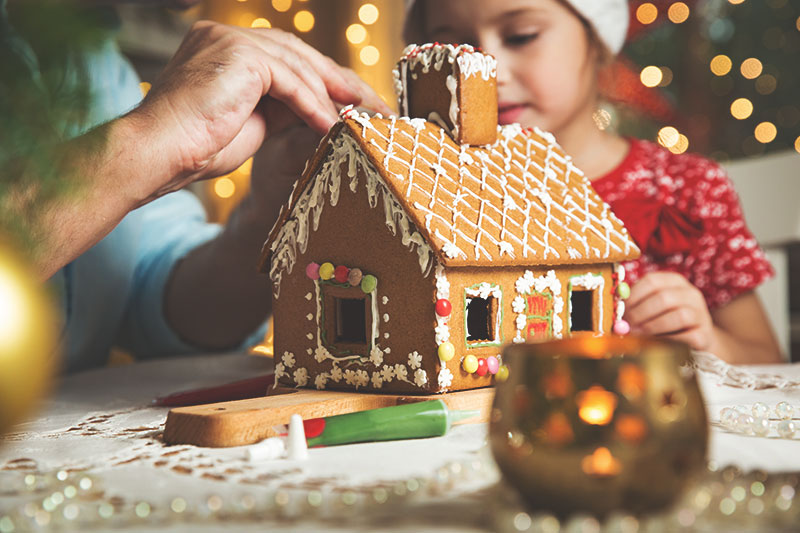 Gingerbread can be decorated in a range of different ways. From a simple icing and water mix to more complicated recipes including buttercream, chocolate, sweets, fruits and even ice cream. On Gingerbread Decorating Day, why not encourage the whole family to create something suitably festive – such as a gingerbread house?

If you’re feeling creative and want to make your own Christmas cottage this Gingerbread Decorating Day, this failsafe recipe is a great place to start and provides plenty of gingerbread to complete a whole house! 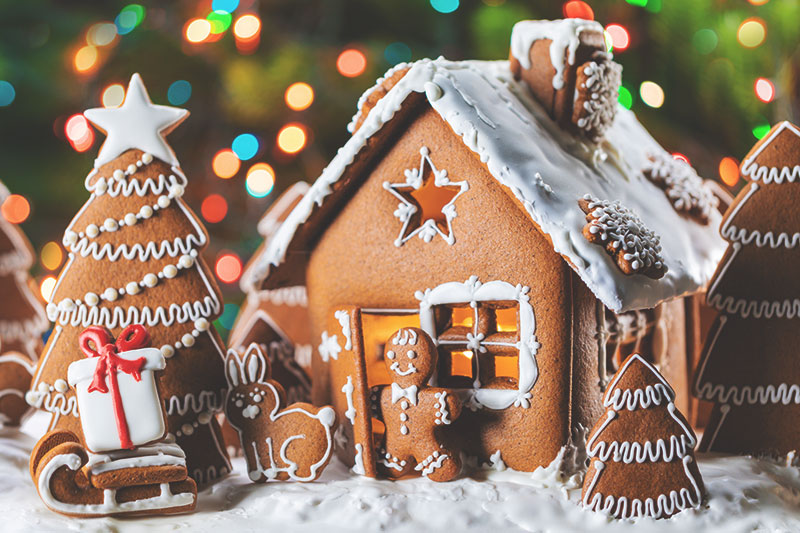 Opening the year that Jamie Oliver was born, Trevor Mottram has been a name at the heart of The Pantiles for over forty years. It is a cook shop stocking everything you need to bake and create the best gingerbread!

< A Vegan or Vegetarian Christmas
Merry Christmas from The Pantiles >