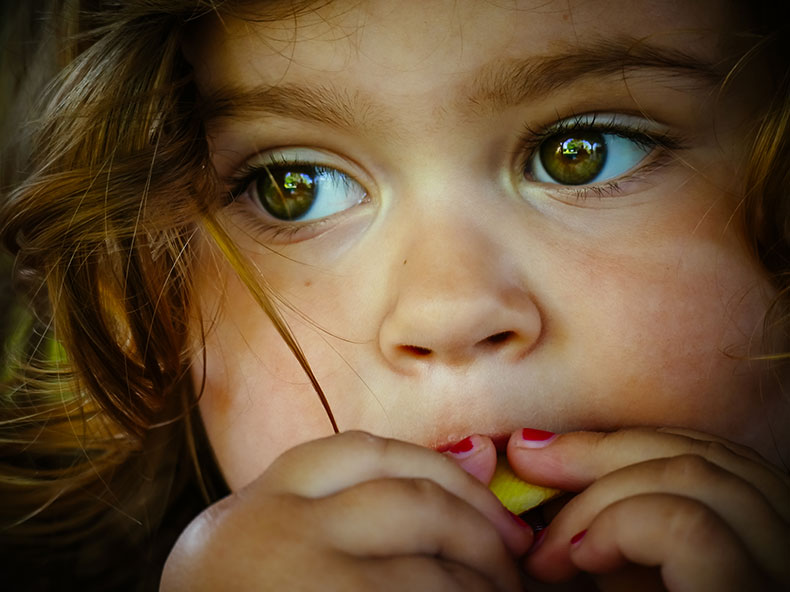 Parents and carers throughout Kent, whose children may be eligible to receive benefits-related free school meals, are being urged to apply for them by Kent County Council ahead of the upcoming summer school holidays.

The Government recently announced that it was extending its grant funding until September this year to allow local authorities to help vulnerable families during the summer holiday period. Kent County Council are using the money to provide families with one £15 voucher per eligible child per week of the holiday, which can be spent in supermarkets and local shops.

“I am pleased that we are once again able to offer support to vulnerable families in Kent, in the form of food vouchers, during the school holidays. The summer holidays can feel very long for families who are struggling financially and we hope this will help to ease some of the pressure they are under.”

She added: “I would urge any parents and carers who believe their children may be eligible to receive Free School Meals to visit our website and apply as soon as possible so we can provide vouchers for everyone who is entitled to them and ensure all eligible families are benefiting from this fantastic scheme.” 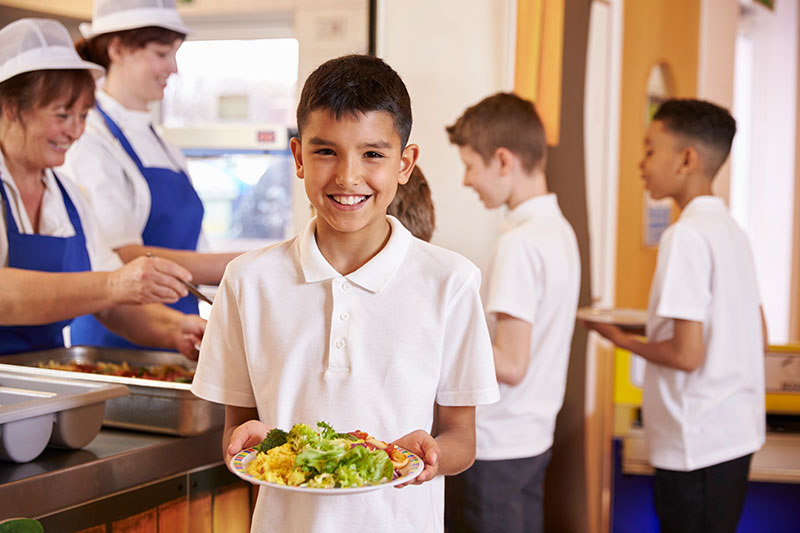 Tucker for Tots and Teens

Even if a child receives Universal Infant Free School Meals (UIFSM) during term-time, because they are in Year 2 or below, eligible families will still need to apply for benefits-related free school meals in order to receive vouchers during the summer break.

Both primary and secondary schools receive additional Government funding, called Pupil Premium, for each of their pupils who receive benefits-related free school meals. Schools use this funding to support pupils’ learning, so signing up for free school meals will likely benefit a number of pupils in addition to parents’ and carers’ own children.

Schools will allocate the vouchers to their pupils, as they have done during previous holiday periods, so parents and carers should direct any enquiries to their child’s school.

A Potted History of School Meals

The UK have a history of providing school meals to children. The earliest records date to 1879 where destitute and poorly nourished children in Manchester were provided with free food via schools.

It became a hot topic on the national agenda in 1906, when nursery school pioneer Margaret McMillan lobbied for the Provision of Meals Act in that year. Margaret argued that if education was compulsory, it seemed only fair that the state should provide a hot meal as well. However, not all local authorities agreed and/or adhered.

In 1944, just before the end of the Second World War, it became compulsory for local authorities to give school dinners to children. Maintaining morale was high on the national agenda, and that couldn’t be achieved on an empty belly!

However, with food rationing still prevalent after the end of the war, the impact was felt on school dinners, with produce scarce.

In the 1980s and 90s, the provision of school meals was put out to tender, seeing private contractors bid for the work. Some say this affected the nutritional offering on the table, with an increase in sugary and salty foods. The 1980s also saw a general rise in American fast foods – such as fries, pizza and cola – with high sugar and fat content. Interestingly, a medical survey in 1999 suggested that children in the 50s had better diets than those in the 90s!

In the 2000s, thanks to TV chef Jamie Oliver and his four-part TV series “Jamie’s School Dinners”, the poor nutritional value of the food being served in educational establishments across the UK was highlighted. Thanks to his campaigning, healthier options were added to school menus.

In 2015, new regulations came into effect where every school meal had to include at least one portion of vegetables or salad, along with a limit on unhealthy food choices. 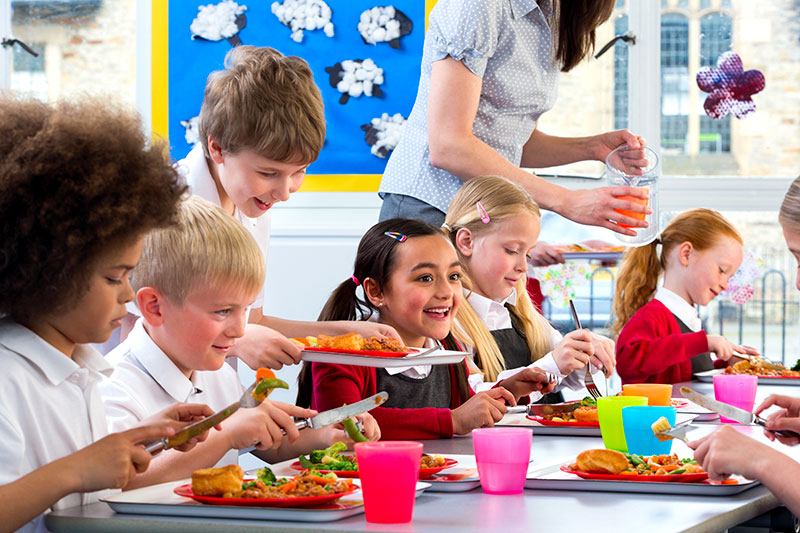 When the Covid-19 pandemic hit in 2020, a motion to extend free school meals over the holidays was originally rejected by MPs. However, owing to campaigning by Marcus Rashford MBE, the government reversed its decision and allowed approximately 1.3 million children in England to be able to claim free school meal vouchers throughout the summer holidays.

The scheme championed by Rashford has been extended for all the school holidays since December 2020.

Speaking of Rashford’s campaign, Save the Children said:

“Marcus Rashford’s campaign to extend free school meals to children throughout the summer holidays was an incredible achievement. It also sparked a national debate about what we can all do to ensure all children growing up have the right to a good childhood, with opportunities to learn and play, and free from hunger.

The most powerful aspect of Marcus’ campaign was his ability to speak from the heart to share the experiences of families living in poverty in the UK. Nothing breaks through the busy news cycle more than hearing personal stories, which resonate with so many of us.

Covid-19 is undoubtedly the biggest challenge this country has faced for a generation, and we must not forget the impact it has had on children.”

Find out who is eligible for school meal vouchers and how to apply.